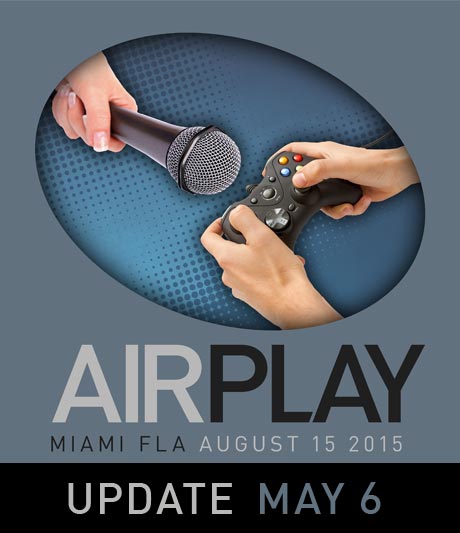 AirPlay is being planned in the open.

On Friday, I’l describe how this public GamerGate debate will work, and if your comments are caustic enough, we’ll change the rules.

Today, let me mostly agree with my critics. These are skeptical/critical comments from this blog, Reddit, and Twitter. If you have others, post them below and I’ll address them best I can…

AirPlay suffers from a “pre-conceived notion of identity.”

TRUE. Journalists struggle with this all the time. Humans are messy beings.

I’ve covered both a Democratic and Republican national convention, and even within those well-defined political parties, identity was difficult:

Radical liberals and conservatives often attack reporters for lumping them in with the “elitists” and “RINOs” in their own parties. But there’s simply no way to tell a story if you can’t summarize at least a little.

GamerGate isn’t a dues-paying organization, it’s a virtual movement. So identity might be impossible to present in a one-day debate. But I don’t believe “impossible” is a reason not to try.

“It’s not a win but a ridiculous compromise.”

HALF TRUE. AirPlay is a compromise to be sure. But you can’t tell if it’s “ridiculous” till it’s over.

If you want to persuade average citizens, you have to compromise. I’ve learned this in 25 years as a journalist…

Ignorant isn’t the same as stupid.

GamerGaters know the history of their crusade, but other smart people have barely or rarely heard of it. You can dismiss them for not knowing, or you can teach them. And just like in class, you can’t teach the entire course in one lesson.

At the end of AirPlay, GamerGaters might feel like only the surface was scratched, but for the newcomers, minds might be blown. At least mine has been over the past three days.

“The author has strong pre-conceived notions.”

They wade into a story with a “preconceived notion.” But — and this is key — they don’t give a crap about it. They aren’t married to it, and as soon as new facts disprove that notion, they toss it away like a used condom.

Why do that? Because journalists are always on deadline, and it’s quicker to knock down the “bad facts” to get to the right ones, rather than stumble in blankly and hunt for them.

In 72 hours, I’ve changed many of my “preconceived notions” of GamerGate. Because I was writing a personal blog instead of a professional story, I shared all those notions — and how they changed.

Regardless, none of those notions will affect AirPlay, because I’m just the moderator. Other people are going to do all the talking.

“It could be the vindication we need, or it could be another exercise in circle-jerking.”

HALF TRUE — because it might be neither. What’s so wonderful about face-to-face debates is that anything can happen.

Here’s what makes me so happy about how things have gone so far:

More than 12,000 people have read these posts from an itinerant journalist who knew as much about GamerGate as Jesus Christ knew about air conditioning. Nearly 500 have commented — demanding a discussion on journalism ethics when SPJ can’t even get journalists to talk about the topic.

Who knows what’s going to happen with AirPlay. It could totally suck. I could totally screw it up and piss off all 12,000 people. But it won’t be boring, and that’s the most important thing.