Che Guevara was a terrorist. In his own words: “To send men to the firing squad, judicial proof is unnecessary.” And that’s what he did in 1959, when he oversaw the execution of hundreds of Fidel Castro’s opponents at La Cabana, an 18th-century fortress he converted into an overcrowded military prison. What a dick.

So why this logo? Because Che is still a polarizing figure 50 years after his death. Because college kids still worship him. (Here’s the Syracuse student newspaper begging its readers to stop doing that.) And because this site is called journoterrorist, so I chose a terrorist. Simple as that. If anyone thinks this means I endorse terrorism or Che, I don’t know what to tell you.

Why journoterrorist? Because when I’ve questioned journalism practices or schools, I’ve been called a “journalism terrorist” or “journalism bully” – which is amusing, since nothing I’ve written here is remotely harmful, and I don’t have the status or authority (or desire) to hurt anyone. And because “journobully” sounds kind of dumb. 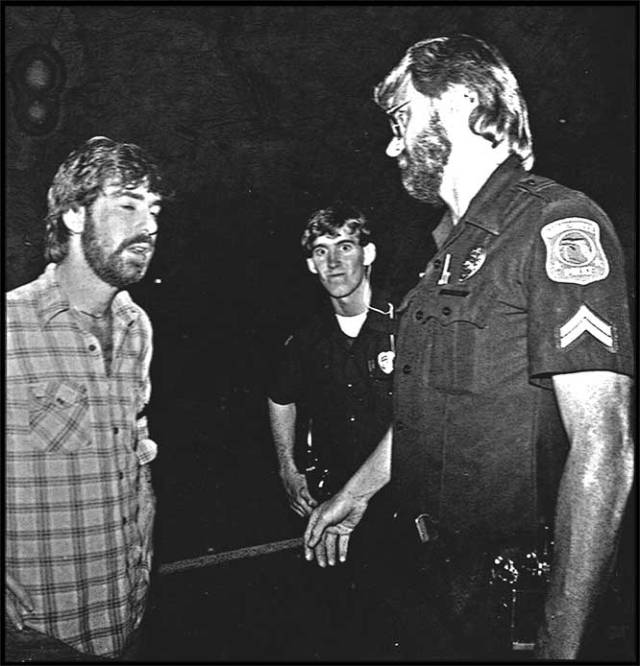 Started and sold two magazines, one to the Tribune Company (1991), the other to the one-armed heir to the Listerine fortune (1999). Copyedited and designed for the trashy supermarket tabloids Globe, Star, Examiner, and National Enquirer (2002-2009).

Not exactly a distinguished journalism career, but I’ve come to terms with it. Others haven’t.

If you are going to interject your own bias and/or lack of skill on someone who is older, more experienced, better educated, more knowledgeable and a better writer than you, you better damn well be able to do it well or turn down the assignment.
Edgar Mitchell
Apollo 14 lunar module pilot
1991

For what good will it do or what purpose will it serve in God’s eyes, that when all is said and done, it will be said of Michael Ross Koretzky that he led West Palm Beach to the depths of immorality with flourish, sarcasm and gusto. I am praying for your salvation and completion.
Marten Spena
associate pastor
First Baptist Church of Wellington
1993

When you have acquired some maturity and have a better understanding of the world around you, your words, a frothy mixture of ill conceived one-liners and petty observations, will be the source of intense personal embarrassment for you.
Tina Orsillo
account executive
Gordon Sloan Diaz-Balart
1995