Yesterday, I learned I was banned four months ago.

I can no longer teach at conventions hosted by the College Media Association. After 20 years as a dues-paying member and 16 years leading some of the most popular sessions – according to CMA itself – I stand accused of making students feel unsafe.

I only found this out because I got a short, polite email yesterday announcing all my sessions for next month’s convention were “not accepted.” When I asked what happened, CMA president Kenna Griffin told me the CMA board of directors voted – back in October – “not to accept future sessions from you for CMA conventions.”

We made this decision after receiving complaints from multiple students about things you said to them at our conventions and things you wrote on your blog. These students said they would no longer attend conventions where you were presenting and were discouraging other staffs from doing so as well.

What were the specific complaints?

One student specifically told us that you said you could “make or break her career” during either a critique or Midnight Snack (I don’t remember which) in New York. We also were contacted by students and spoke with members who were extremely concerned about your blog post related to seemingly non-consensual sex and journalism conventions.

“Seemingly non-consensual sex”? I wrote a blog post last year about losing my virginity – four decades ago in high school – to a drunk woman who propositioned me. And I don’t recall ever telling a student I could “make or break” her career. I can barely make my own career.

Still, Griffin said, “We decided as a board that having you present at conventions was endorsing this behavior by giving you a platform to engage with student attendees. Therefore, we voted not to accept future convention sessions from you.”

Griffin said my banishment falls under CMA’s new Code of Conduct, but she hasn’t told me which provisions I’ve violated. She did add, “I don’t think the concerns were specifically with your sessions.”

I’ve requested a hearing, because this seems like a weird lack of transparency and due process from a journalism organization. I have a press conference worth of questions…


It’s not a stretch to wonder if something else is going on here.

Over the years, I’ve irritated CMA leaders. But always journalistically.

Just one example: In 2014, CMA leaders closed board meetings to their members. I led the fight to reopen them, arguing it’s hypocritical for journalists to kick journalists out of meetings about journalism. I won the battle but lost some friends.

I also didn’t support Griffin’s candidacy, and I’ve been vocal (although not rude) about changes I believe CMA should make. But I’m no anarchist or malcontent. Some of those changes have actually been adopted, albeit grudgingly, and I created and still operate CMA’s annual Day of Giving.

Now I’ve come up with a new day of giving. 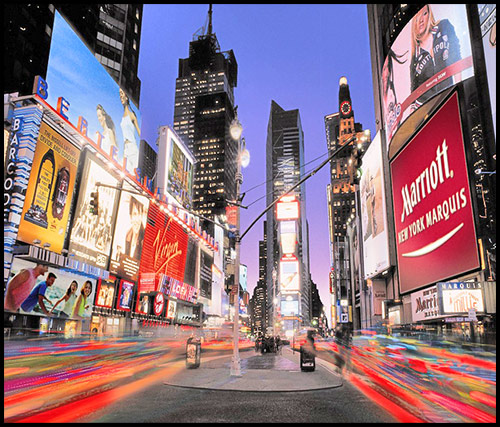 This morning, I reserved a one-room suite at the Marriott Marquis in Times Square for Friday and Saturday, March 14-15. That’s where and when CMA hosts its annual spring convention.

I’ll present my sessions to any college journalist who feels safe enough to be in the same room with me.

Since Griffin acknowledges my sessions didn’t get me banned, she shouldn’t object – because CMA isn’t “endorsing” me or giving me a “platform.” I’m paying for everything. And it’s already worth every penny.