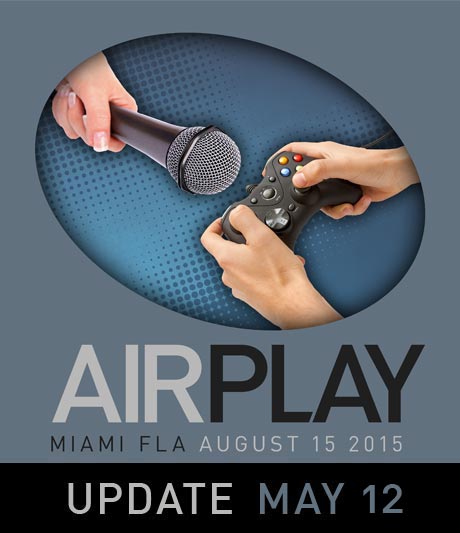 I found four very different dudes — sadly, the gender just worked out that way — who share the most crucial qualification…

None of them wanted the job.

It took varying degrees of persuasion and promises to lure them into the controversial role of shortlisting the shortlist. I’ll explain more below. But first, here they are, in their own words.

I’m 24 years old and currently live in London, England. I graduated from Oxford in 2013 with a degree in History & Politics, and spent a year and a half working in politics. I now work as a columnist for Breitbart London.

I have been a gamer for most of my life, and I closely followed the increasing politicization of video games (and web culture as a whole) over the past 3-4 years. I was also active member of communities like 4chan and Reddit during this period, where I observed the growing tensions between “anons” and “SJWs” which since erupted into full-blown culture war. It is my hope that the conflict will be resolved without any chilling effects on creative freedom or open discourse on the web.

I’m an online game designer of 15 years, currently in a process of retrenching and rebuilding my career after a series of errors. Mostly self-inflicted and private, and not relevant to the case at hand, I certainly have no illusions that this is a “good career move.” At best, I’ll be able to avoid irreparable damage.

I’m known in certain sectors of the industry and the gaming community, but as a “B-list” level with no current projects (at a business level, I have some personal projects going). In other words, I have a reputation to protect but not one so sensitive and delicate that I need to tip-toe around this process.

I’m 19 and live in Tampa, Florida. I’ll be graduating from high school within the next few weeks. I hope to go on and get a degree in Journalism, and start my own gaming Youtube channel. I help run the image board 38chan. Some of my first and fondest memories are of my family crowded around a small TV taking turns playing Super Mario World.

There has never been a time in my life where video game have not helped play a key role. I had been an active poster on 4chan and known about the “SJW wars” long before #GamerGate had happened. When things kicked off, I had lurked the discussions. Now this is really my first time speaking on these issues. I hope that this talk will help bridge the gap and start an actual conversation.

I’m a gamer and a freelance writer located in the U.S. of A. I’ve been covering the interactive entertainment industry for around a decade. Many years ago, I’ve designed a few games and studied computer information systems and programming. I’ve contributed to various gaming websites over the years (many of which no longer exist), with many of my notable contributions being present on Cinema Blend.

I’ve been gaming since as long as I could form memories and have loved the gaming industry my entire life. My basic goal is to cover games, play games and appreciate the creative ingenuity that artists and designers bring to the table in the world of electronic entertainment. Consumer rights are also an important facet of my coverage and is what led me to take part in #GamerGate.

Even though the committee turned out all male — a woman I invited declined — you can see how diverse they are in background, attitude, and age. (The high school kid should elicit intriguing responses of support and disdain.)

They’re acutely self-aware of their own biases and hyper-sensitive to any charge of secrecy. Thus, when we met for the first time on a Google Hangout last Friday and again on Sunday, they insisted on recording the lengthy conversations and publicly posting them.

For conspiracy theorists, I direct you to those links, where you can watch five hours of us fretting profusely about how to be fair. Among the questions the committee is asking itself…

These guys are investing long hours for zero pay, although if I ever meet them in person, I owe each a margarita. In a 55-gallon drum. With rock salt around the rim.

After my last update, I got an email from an anonymous GamerGater I’ve been corresponding with — because I appreciate his (her?) brutal honesty. The email began like this…

I don’t know what’s going on inside your head.

That got my attention. It continued…

The community is a bit anxious about the committee idea. … I wonder where you are in your general understanding of the community’s behaviour. They are pretty fast to respond and it seems you’ve been fairly light on explanations. … We’re a bit paranoid from past experience with figures in game journalism who lie to protect themselves or seem to omit information. … GG has been poorly represented by the media before. They just don’t trust you at this point.

I never asked for your trust.

How hypocritical is it for a journalist to say, “Trust me,” when journalists trust no one? There’s an old expression in my field: “If your mother says she loves you, check it out.”

Here’s what I am asking for: patience.

Organizing a live event while still working for a living takes time. I’m not going to rush and screw it up just because some folks are getting antsy. There’s another expression in my field that sadly isn’t always obeyed: “It’s better to be right than first.”

As for choosing speakers, I asked several GamerGaters how they would’ve handled it. Their response: “Crowdsource the committee members like we’re crowdsourcing the speakers.”

So I made a dictatorial decision to give myself less power: I chose people to do the choosing.

Starting this very day, the committee will very publicly commiserate with the community. Don’t hate them for being anointed by an itinerant and ignorant journalist. Hate them if they suck at their brand-new unpaid part-time jobs.

On the remote chance they do suck, I’ll issue a thunderous mea culpa, blow the whole thing up, and start all over again.

I seriously doubt that’ll happen. But if they do, let me have it. Journalists dish it out, I’d like to think we can take it.

THURSDAY: All about the other side.