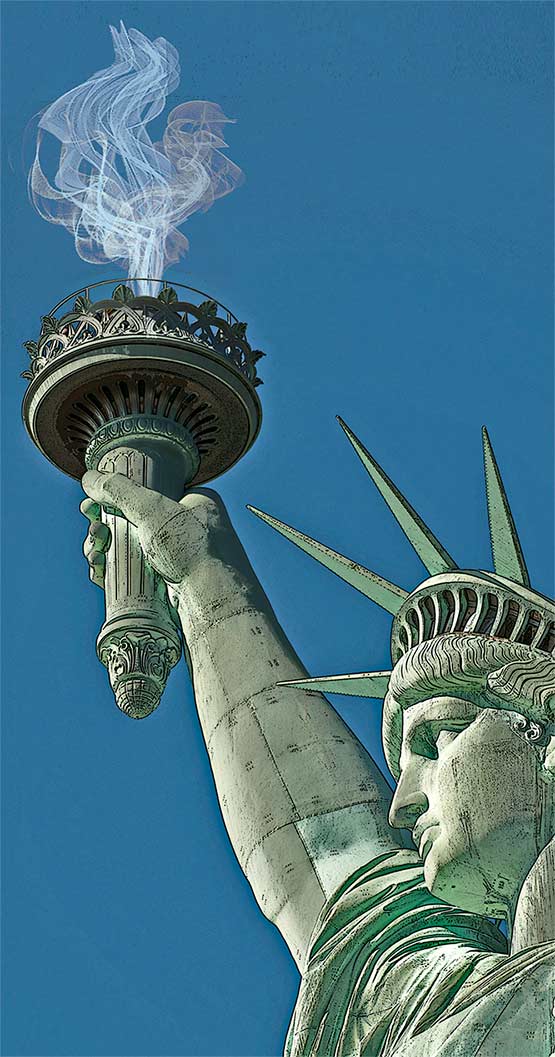 Tomorrow is Student Press Freedom Day. Almost no one knows that. Even fewer people care.

Thank God, because if anyone pays attention to Student Press Freedom Day, they’ll hate the press by tomorrow night.

To understand why, you need to know what happens Wednesday – and what doesn’t. This “national day of action” is hosted by an amazing organization called the Student Press Law Center, which defends high school and college journalists from all strains of censorship and harassment, from mild to virulent.

Seriously, you should donate to the SPLC. I have. Why? Because unlike other charitable causes, they actually do stuff. So it’s strange that during Student Press Freedom Day, nothing really happens. Here’s the main “action” the SPLC is urging student journalists to take…


What do these “actions” have in common? They’re very meta boasts: Newspapers writing in newspapers about the importance of newspapers. That’s somehow lazy and melodramatic at the same time.

Impressed with the press

Last year, the SPLC says “nearly 70 student newsrooms wrote editorials on the importance of student press freedom.” Here’s a sample of their self-importance…


These appeared under headlines like “Student Journalists Demand Respect,” “Walk a Mile in Our Shoes,” and “We Report Because We Care.” It filled my Twitter feed under the hashtag #StudentPressFreedom. My reaction was the same as many readers…

No one reads a newspaper to learn how important newspapers are. When you go to the doctor, you don’t want a lecture on the nobility the medical profession. You want a diagnosis and a prescription.

These preening op-eds are as annoying as those 15-second ads that interrupt your YouTube videos. You actually resent the products those ads are selling.

I’m not just picking on Student Press Freedom Day. In general, journalists  promote themselves with a dreary mix of begging and bragging. A couple years ago, it was Save Student Newsrooms Day, which I called “kind of stupid.”

Save Student Newsrooms followed the same tired playbook: Write editorials touting the sanctity of journalism, then social them with a long hashtag (#SaveStudentNewsrooms) that never approaches contagious, much less viral.

Here’s my problem: Young people today already have a reputation as delicate snowflakes who melt under even constructive criticism. The last thing we need are “awareness days” that urge students to publicly whine about the esteem they think they’re not getting. That’s not an attitude we want them taking into the job market.

Other professions do it better. The American Bar Association touts “Love Your Lawyer Day,” which is both more whimsical and practical than anything journalists do – and lawyers are even less respected than we are. Yet the ABA urges attorneys to celebrate “by providing pro bono legal services to their communities and supporting charitable causes that promote the administration of justice.”

We should do likewise. The operative word being do.

Those organizers weren’t interested. They told me their plan was “awareness.” So I ran Paper Money myself, and a half-dozen student newspapers immediately reported more revenue. Next month, at a college media convention in San Francisco, we’ll announce a massive expansion of the program.

Awareness for only ourselves

I believe results are better than awareness – which is impossible to measure, anyway. (I’m pretty sure all this journalistic awareness isn’t penetrating the consciousness of anyone but other journalists.)

So my own idea for Student Press Freedom Day is called News Swap. The bullet: If we want readers and sources to respect a free press, why not give them a press for free?

Click the link above or logo below to learn more, but the bottom line is this: We’ll contribute to your bottom line. If you cede editorial control to your customers for just one day, we’ll pay for all the food and half the print bill.

If a D-list editor like me can be even a little successful with such programs, imagine what a powerful organization like the SPLC could accomplish if it embraced them – or came up with better ones.

Journalists have a motto: “Show, don’t tell.” I don’t know why we forget that when we talk about ourselves.