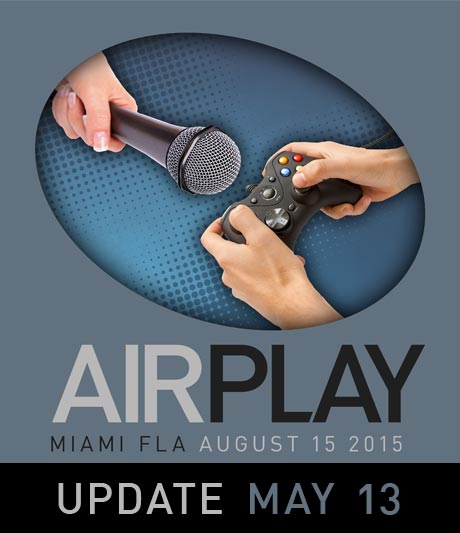 She’s apparently a “fat, ugly psychopath with a broken poorfag family,” according to something called the Encylopedia Dramatica.

She’s also a “creep,” “cretin,” and “walking piece of human excrement,” according to something called the Ralph Retort.

And you know what? I got no problem with that. If a couple of niche websites want to insult people, go with God. Free speech is a bitch.

Here’s what I do have a problem with: Nyberg recently described how she’s been harassed because, “I had been openly critical of GamerGate for quite some time.”

In a March post on a women’s website called Ravishly, Nyberg — who’s transitioning from male to female — wrote…

Photos of my immediate family members that had passed away were sent to me with vile messages — some blaming me for their deaths. I was tweeted pictures of my house, along with messages asking if I would rather be shot or stabbed. Threatening emails were sent to my friends, some of which were severe enough to require contact with the police. My websites were taken down from distributed denial of service attacks.

GamerGate supporters don’t deny this, but do they decry it? Some admirably do.

Of course, that same comment called her “a disgusting individual.” And you know what? I got no problem with that. People who passionately disagree often hate each other. Just ask Congress.

Here’s what I do have a problem with: it’s never, ever right to harass someone. I don’t care what they’ve done.

hello, just wondering: what part of “ethics” and “minimise harm” fits this fall under?

While that’s a tough read, it makes a tough point.

We had an interesting exchange. So let’s break it down, because it cuts to the core of AirPlay.

Before we dig in, know this: I have no interest in rehashing old grievances or taking sides. I only want to use this example to explain my own views — and what AirPlay will and won’t be.

There’s always the question of how much examination of a person’s personal life is relevant/newsworthy. Obviously, most people considered it relevant in the cases of Bill Clinton and Anthony Weiner, but they were both politicians… I think it’s an open question as to whether Nyberg’s past is up for scrutiny or not. I personally prefer writing about ideas to hatchet jobs, so I’d lean towards “not,” but I can see why others might disagree.

Those who disagree say Nyberg’s hacked personal accounts reveal she’s probably a pedophile. My reply: Then call the cops. That’s what a responsible citizen does. But what about a responsible journalist?

In journalism school, this is a common ethics class conundrum: You learn about a crime, but do you write about it first before reporting it? The class always concludes: If the crime is serious, you report it.

When John Smith asked others about Nyberg, he got an anonymous response that riffed on the Society of Professional Journalists’ Code of Ethics, specifically the oft-quoted section titled, “Minimize Harm”…

Calling Nyberg out for having fantasies about molesting his cousin and his pedophilia minimizes harm.

Not even remotely. The very first entry in that section says…

Journalists should balance the public’s need for information against potential harm or discomfort. Pursuit of the news is not a license for arrogance or undue intrusiveness.

If a journalist ever chose to divulge such personal (and hacked) information, it would come after much hand-wringing and many editors’ meetings − and no colorful language like “broken poorfag family.”

Journalists know that such language always says more about the writer than the source. That’s why, even more than SPJ’s Code of Ethics, journalists adhere to Mom’s Admonishments:

• “Would you like it if I did that to you?” The Golden Rule is easy with your pals but a pain in the ass with your enemies.

• “Two wrongs don’t make a right.” Even if Nyberg doxed GamerGaters — a claim I’ve also heard and don’t care to know if it’s true — it doesn’t grant moral authority to do the same.

I’m hoping AirPlay’s speakers and listeners, on both sides, will think often of their mothers on Saturday, August 15.

“I’ve never liked the personal attacks that escalate the ‘sides,'” William Usher told me. “These kind of ridiculous back-and-forth antics have been going on for nine months but [there are] no actual attempts at conversations or discussions.”

AirPlay is that attempt.

I’m taking a big personal risk believing most GamerGaters agree with what I’ve just written and the committee has just said  — that harassment is not only wrong but stupid. If you want to win hearts and minds, you don’t clench your fists.

Usher insists most GamerGaters are passionate but not abusive. He told me about a now-dormant self-policing force called the #GamerGate Harassment Patrol, which scored some successes.

I’m not sure what happened to it, but sure sounds like an excellent idea. Maybe it should come back. I’ll even help. Why? To prove A Man in Black wrong.

He and I had a private email exchange yesterday — part of which he publicly posted, so I’m not violating any confidences — where we debated what percentage of GamerGate is hateful.

I cannot make this any clearer. On one side, you have a group of people risking nothing to borrow your platform’s legitimacy to justify their abuse. On the other, you have a group of people who have been abused by the former group and will face a gauntlet of abuse to, at best, maintain the status quo that GG is an abusive hate mob with no legitimacy.

So far, I’ve witnessed a far lower percentage. But then again, it’s only been a couple weeks, and I’m traveling in smaller circles.

To GamerGaters, A Man in Black is a troll himself. But I understand him. He has a friend who spoke out against GamerGate and suffered mightily for it. When you get shot for dissenting, it doesn’t matter if an instigator or true believer pulled the trigger. You flinch the next time someone raises the topic.

While my discussion with A Man in Black played out on Twitter, one GamerGater tweeted me…

I don’t think it’s worth a try, @a_man_in_black absolutely refuses to listen to reason and knows jackshit himself about ethics.

Funny, that’s what people told me about your side a week ago. I always believe in trying to talk.

Here’s a true test of GamerGate’s commitment: Tell A Man in Black you understand. Calmly and politely tell this man you despise: l’ll do my best to prove you wrong.

For the next three months till AirPlay actually happens, Usher knows the entire event is one controversy from collapse…

There are third-party trolls who will go to the ends of the Earth to prevent the SPJ event from happening, and there are those who will use every tactic in the book to be disruptive.

While I don’t have a personal stake in who “wins” AirPlay, I have a professional investment in its peaceful execution. If you care about AirPlay — whatever side you’re on — then I have a favor to beg.

I believe 10,000 reasonable people whispering can drown out 100 trolls who are screaming. If another Sarah Nyberg-like atrocity happens between now and AirPlay, let 10,000 posts like the one on Reddit decry her doxing.

Most comments on this blog, even the ones critical of me, have been smartly written and not at all offensive. If it had been otherwise, I never would have gone this far.

Now it’d be nice to go a little further: Comment below on the seedy side of Gamergate. Convince my fellow journalists and your wounded opponents that they have nothing to fear by attending AirPlay.

Or call me an asshole and watch AirPlay burn to the ground. If that happens, I’ll simply apologize to my SPJ peers for my naïveté and move on with my life. But you’ll spend a lifetime wondering what might’ve been.

Dave Rickey didn’t want me to write this post at all, fearing it’s a troll magnet that’ll “lead us down the rabbit hole and into Hell.” It’s certainly a risk, but it’s also a summons to both sides: You have the power to keep it civil. Your whispers can be quite loud.