You can get kicked out of this week’s Excellence in Journalism convention for staring.

Also for offensive “photographs, drawings, cartoons or pictures” – although I’m not sure what the difference is between a photograph and a picture.

You can read about these and other banned behaviors in the EIJ convention’s brand-new Code of Conduct, which was released sometime last week. I think.

EIJ is a joint production of three groups: the Society of Professional Journalists (SPJ), the National Association of Hispanic Journalists (NAHJ), and the Radio Television Digital News Association (RTNDA). Who wrote this code of conduct is unknown, and none of those groups is saying.

Even though I’m SPJ’s senior board member – I’ve served since EIJ started a decade ago – I had no clue we were adding a code of conduct this year. Neither did my fellow directors. We only found out when one of us noticed it and asked. The answer from SPJ’s president was that it was written “in the spirit of good partnership” with her NAHJ and RTDNA counterparts.

What’s weird is that my fellow directors had already decided they didn’t want a code of conduct – and not because they believe in “intimidating, threatening, harassing, abusive, discriminatory, derogatory, demeaning or disorderly conduct.” What sane person does?

The reason many journalists fret about a code of conduct isn’t because of the what. It’s because of the who and the how. As in, who enforces the code? And how do they decide who violates it?

Also, rules passed in secret make journalists jittery. So let’s look closer at this and other codes of conduct… 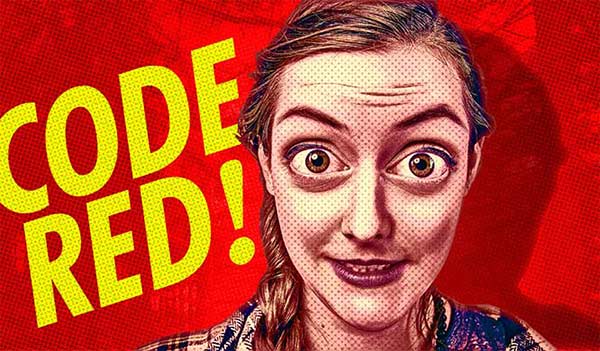 EIJ isn’t the first convention to install a code of conduct. It’s actually among the last. Such codes have spread ever since the #MeToo movement exposed some nasty behavior at all kinds of conventions, conferences, symposiums, and seminars.

The weird thing is, journalists write terrible codes of conduct, at least compared to organizations that aren’t supposed to have our way with words.

In fact, the ban on “staring” and offensive “photographs, drawings, cartoons or pictures” comes straight from the older AAJA code. Perhaps “don’t plagiarize” should be added to both codes.

Obviously, it’s hard to prove someone is staring at you. It’s even harder to prove they’re doing it to be “intimidating, threatening, harassing, abusive, discriminatory, derogatory, demeaning or disorderly.”

And which “photographs, drawings, cartoons or pictures” are offensive? Do those include political cartoons, which always offend someone?

Then there’s a ban on “conducting unwanted audio or visual recordings.” What’s that mean? A creep who follows women and records them should rightly be booted from the building. But neither the EIJ nor AAJA code elaborates beyond these half-dozen words.

Other codes of conduct are shorter yet more specific. And better written…

The code of conduct for the American Atheists’ national convention distinguishes between personal and professional behavior. For instance, it “does not tolerate sustained disruption of talks” and “sexual images in public spaces (not related to convention sessions or materials).” That’s much better than EIJ’s vague ban on all “offensive comments,” which can be both innocently misinterpreted and intentionally wielded to shut down debate.

You know who writes the best codes of conduct? Furry conventions. If you don’t know what those are, here’s my SPJ visit to one. Because they’re an often-maligned fetish, furries know how to pithily promote good behavior.

For instance, the Tails and Tornadoes code prohibits “public displays of affection beyond hugging and tasteful scritching.” Megaplex describes harassment much clearer than any journalism code I’ve ever seen…

If someone tells you “no” or to leave them alone, your business with them is done. [But] Megaplex staff is not responsible for solving any interpersonal or relationship problems that may arise between individual members.

Mephit Fur Meet aims high instead of dwelling low: “The goal of these rules is not to provide restrictions, but to help everyone feel as safe and welcome as we can possibly be.”

Damn, those furries can write. Maybe EIJ should’ve plagiarized from a furry convention instead of a journalism convention.

Of course, EIJ’s code of conduct could’ve been improved if the journalists who wrote it behaved like, you know, journalists.

First, don’t be so secretive. Second, don’t plagiarize. Third, everyone needs an editor. Fourth, journalists today promote their work on social media and directly to their audience – it’s counter-productive to slip a code of conduct into a convention without telling anyone.

You know who did it right? The College Media Association, which represents the advisers and general managers of 600 student newspapers, magazines, and broadcast outlets.

In July, CMA approved its own code of conduct. CMA leaders consulted others, issued a press release, then invited discussion. Better still, CMA’s code is crystal clear about what happens if you violate it…

All complaints will be treated seriously, investigated and kept as confidential as possible. If a CMA member or event participant engages in harassing behavior, CMA leadership may take any action they deem appropriate, ranging from a warning to the offender to expulsion from an ongoing event and/or future conferences and events.

That’s a lot more coherent and cordial than EIJ’s…

If a participant engages in unacceptable behavior, Excellence in Journalism may take any action we deem appropriate, up to and including immediate expulsion without warning from the event and without refund of any registration or other fees, and revocation of your membership in NAHJ, RTDNA or SPJ.

…which blows right by “investigated” and threatens “immediate expulsion without warning.” Whatever happened to getting both sides of a story?

(As an aside, I’m a lifetime member of SPJ. So if I violate this code of conduct, does SPJ execute me?)

Finally, journalists could learn a lot from atheists – about due process, objectivity, and crisp writing…

American Atheists understands that human interaction can be complex and confusing. Please give each other the benefit of explaining behavior you find offensive or unwelcome. However, participants asked to stop any prohibited conduct are expected to comply immediately.

That sounds like something any journalist could support. Alas, I can’t defend EIJ’s code – not for what’s in it, and not for how it was created. As I pack for EIJ today, I’m bringing pens and paper, so I can create offensive cartoons (and drawings).

I’ll also take as many offensive photographs (and pictures) as I can. And of course, I’ll stare at as many people as possible before I need to blink. Let’s see if EIJ blinks.