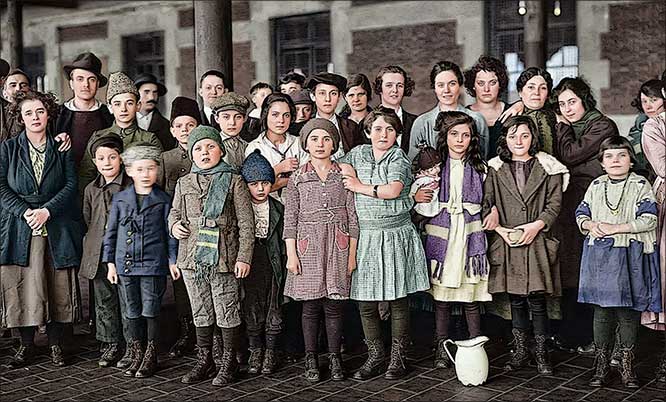 The easiest way to get called a racist or a RINO these days? Declare yourself an immigration moderate.

I’m one of those, and it’s lonely here in the center.

While I love to pick apart everyone else’s political opinions, I rarely articulate my own. Not out of any sense of privacy or propriety, but mostly because everyone else advertises theirs, and I usually don’t have anything novel to add.

Yet every so often, journalists get interrogated about their positions. Understandably, readers want to know our biases so they can determine if those are bleeding into our coverage.

That’s fine, except when I’m confronted by extremists, who bore me. Especially about immigration. They’ve memorized their favorite stats – about open borders on the left, mass deportation on the right – and they attack instead of address any contrary claims.

So my tactic has been to spew odd analogies with disjointed facts just to confuse them. Like these…

…and suddenly, they’re arguing about open marriages and gun laws, which they’re not as well-versed about. So the conversation is shorter and weirder. Which is always better.