Since last September, she’s chaired the Diversity Committee for the Society of Professional Journalists, the nation’s largest and oldest journalism organization.

Zinn has spent most of her reign clashing with SPJ’s white leaders over the very definition of diversity. Basically, she wants diversity to include all women. Even straight white women. She lost that fight and will be replaced tomorrow by an Indian-American woman. Which is fine by her, because she was going to quit in disgust, anyway.

When Zinn wanted to expand SPJ’s diversity fellowship program to include all women, a former SPJ diversity chair opposed the idea. Her name is Sally Lehrman – and she’s white, too.

In fact, since 1996, three white women and one white man have led SPJ’s diversity effort. Maybe more, but I can’t be certain because SPJ doesn’t keep track of the diversity of its diversity chairs. 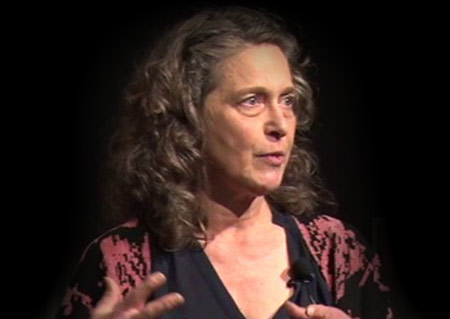 Lehrman says no. And yes.

A respected science and medical reporter, Lehrman has been studying diversity since before it was cool to do so. Maybe that’s why she’s been SPJ diversity chair four times since 2002. She insists…

What matters is the job Dori is doing as chair, not the color of her skin. A committed, energetic, and “woke” white person can do a great job as a diversity chair. The job of diversity can’t just be handed off to people of color – white people need to step up, too.

Lehrman says the real problem is this: SPJ has too many white people in other positions…

• The SPJ board has 23 members. One is black. None are Hispanic.
• SPJ’s headquarters has 13 employees, all as white as Zinn and Lehrman.
• SPJ has a $12 million endowment overseen by a foundation called SDX. Its board has 28 members. Two are black and one is Hispanic.

Lehrman has served on both the SPJ and SDX boards. She doesn’t like what she sees…

What bothers me more is the whiteness of the SPJ and SDX boards, the staff, and the national committee chairs. And yes, especially in such a context, the optics do look bad.

Of course, one big argument for diversity programs is that they’re led by minority members who network with the bosses and recommend fresh ways to diversify – and those diversity chairs often move up the chain of command themselves.

But in SPJ, white people often lead the diversity program and lament the whiteness of all the other leaders. Weird.

Which raises a question: How do you become an SPJ diversity chair? 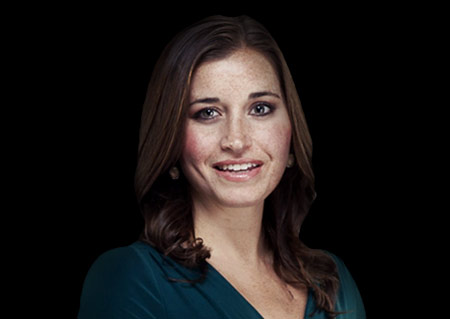 Answer: a white person appoints you.

“She asked if I was interested in chairing a committee,” Zinn recalls. “That was it.”

Walsh simply says, “I felt Dori was the best person for the job at the time.” Therefore, it was a choice she “did not dwell on for long.”

Did Walsh expect some blowback?

“I considered there may be some, but felt very confident in the appointment and Dori’s abilities,” Walsh says. “So I was prepared to respond. I did not receive any, by the way.”

Zinn says she’s never heard a complaint or question about her whiteness, although she acknowledges, “I think on paper it looks kind of shitty: a straight white woman trying to be a proponent for change.”

Then again – and this is controversial to say within SPJ, so it’s only whispered – Lehrman and Zinn accomplished more as diversity chairs than the few minorities who have held the title.

(Of course, I’m not saying minorities can’t be great diversity leaders. I am saying SPJ chooses minorities who are “nice” and don’t talk about uncomfortable topics or propose intense ideas.)

So what did these white women accomplish, exactly? They forced diversity onto SPJ’s agenda.

Lehrman launched the diversity fellowship program, which covers all costs for minorities to attend SPJ’s annual convention. Zinn, by proposing something novel even though it failed, made white people debate diversity for months.

She also changed a very weird part of that fellowship program.

So recalls Christiana Lilly, who won one of those fellowships last year and got a free trip to the SPJ convention in New Orleans. She had a great time – with her fellow fellows.

“As fellows, we had really fruitful and insightful conversations in our own meetings about increasing diversity in newsrooms and sharing experiences, good and bad,” Lilly says. “However, I expected to engage more with the [SPJ and SDX] boards, and that they would have an interest in us and our ideas.”

Alas, they did not…

It felt more like we were there to say, “Thank you for the fellowship,” then leave. We said our name, our job, and where we lived. Then when there was an opportunity for the boards to ask us questions, there were none. Zero.

Talk about optics. If a white diversity chair is weird, then what do you call a half-dozen minorities standing in front of a couple dozen seated white people to thank them for their largesse?

Another SPJ tradition is the diversity mixer, where SPJ leaders and diversity fellows eat free and mingle. Except no one mixes or mingles, Lilly says…

We also had to do the introductions at a cocktail mixer. Name, job, where we were from – and “thank you for our fellowship.” More than one of us encouraged the board to come say hello and engage in conversation. We had started talking [amongst ourselves] about how none of them seemed interested. No one came up to us, except for a student attending.

So that’s how the diversity fellowship limped along for years. Until now.

As diversity chair, Zinn is hosting the diversity fellows at the annual SPJ convention this weekend in Anaheim – even though she has no control over the program itself. But she’s made small, subversive changes. For instance, last night was the 2017 diversity mixer, and one SPJer texted me right after…

Instead of just saying their names, each of them actually gave a speech about diversity – and it was so amazing and so powerful. I’m sure it was uncomfortable for many of the attendees.

It took a white woman to do that. Is it weird that white women are so vocal about diversity?

A white woman has called out diversity at The New York Times.

Last December, under the brutally honest headline, Preaching the Gospel of Diversity, but Not Following It, public editor Liz Spayd wrote about her paper’s “blinding whiteness” among the top editors.

As with SPJ, none of those leaders were happy about being surrounded by lots of Caucasians. It bugged the hell out of them. But as Spayd wrote…

When you ask managers about the issue individually, everyone genuinely seems to care. Collectively, however, not much changes.

Spayd didn’t answer – or even ask – why diversity isn’t working in her newsroom. Maybe it’s so obvious, she didn’t feel the need to.

Diversity works best when it recruits young minorities, trains them up, and moves them up. Yet today’s youth are smart enough not to rack up $30,000 in student loans just to graduate and maybe land a $30,000 annual salary with crappy benefits and the job security of an ISIS suicide bomber.

The New York Times has traditionally plucked the best young reporters from smaller media outlets, much like a Major League Baseball team calls up talent from the minor leagues. But if minority ballplayers decide to play football and basketball instead, what happens?

If Major League Baseball can’t figure out how to get more diverse despite stellar salaries and excellent work conditions, what chance is there for the nation’s most respected newspaper and its largest journalism organization?

So in a country that’s getting less white, the news media covering the resulting political and cultural upheavals might get more white. Now that’s just plain weird.